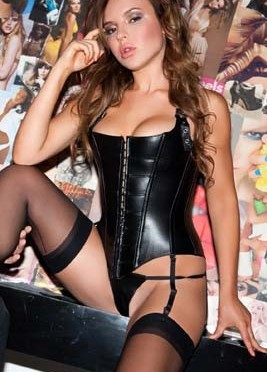 What Is A Fetish?

Originally, a fetish was an object believed to have magical powers or a talisman for good luck.  This object would be worn or carried by the person in possession of it.

Today’s definition is more commonly the fixation  on an object or body part for sexual gratification.

The fetish can be an article of clothing like a bra, skirt or shoe. For others it can be a body part like a foot, neck or hair.  Sometimes, it’s the body type and not the body part like a tall, short or fat person.

Fabrics like rubber, leather or lace are fairly common.

An inanimate object like a balloon, snow or an automobile may provide arousal for other individuals.

Fetishes Both Common and Rare

Below are some examples of fetishes and their less common names:

Looners and Poppers, people who are aroused by balloons, whether surrounded by them, popping them or enclosing themselves in large ones.

Basophilia, getting turned on by someone’s nose.

Odaxelagnia, the art of biting or getting bitten.

Martymachlia, having someone or several people watching while you’re having sex, often done in public places.

Latronudia, exposing yourself to a doctor or nurse.

Furries, people who enjoy dressing and acting like animals.

Autonepiophilia, the turn on of being treated as a baby, diapers, pacifier and crib included.

Necrophilia, a sexual attraction to corpses.

Podophilia commonly referred to as a foot fetish.  People aroused by feet, and the smell of feet.

Dacryphilia, being turned on when someone cries.

Menophilia, getting excited by menstrual blood.

The Bondage Fetish Store is an adult superstore that has over 30,000 products to help bring your fantasies to life.